Technology Solutions is an IT company and although we are based in Masterton New Zealand, we have clients all around the globe.

The business was established way back in 1976 by Ted Paris as a home appliance and electrical service store. Ted took a bold step and started Wairarapa’s first bureau processing facility. This required a huge investment in computer equipment that took up a whole room. It had hard disks the size of a fridge that were a lovely brown colour.

Almost forty years later all that remains the same is the dedication in providing quality service and products.

We are now the largest (and also the best) company of our type in the Wairarapa and employ more than twenty staff. We have skills in a wide range of computer services, from network installation to web development to security cameras. 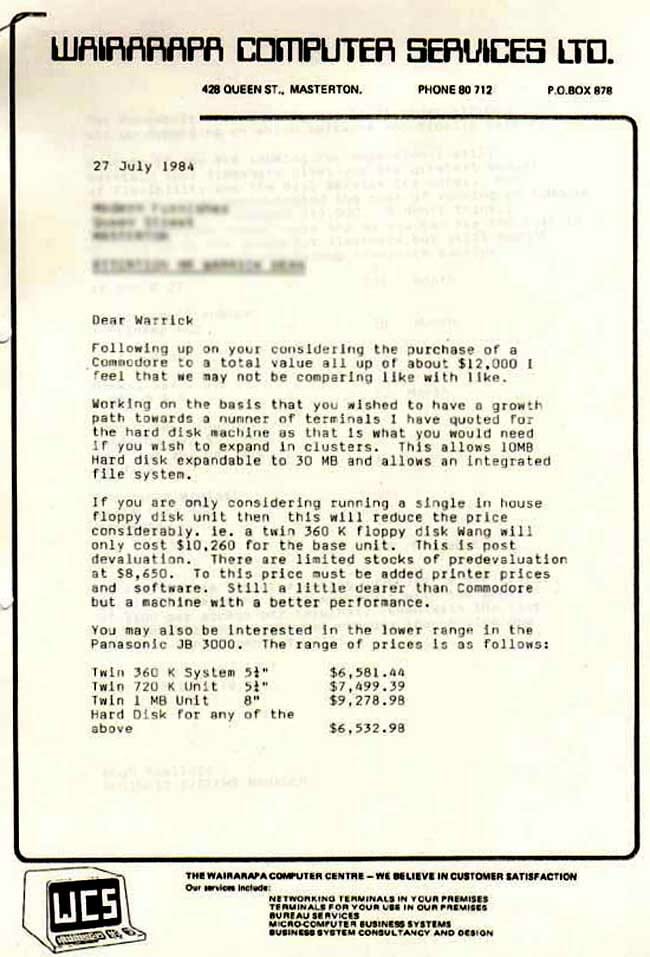 Check out this quote from when computers cost more than cars

Initially we were Wairarapa Computer Services and provided a facility for clients to come and have their accounts processed by our magnificent Datapoint mini-computer. As PCs became more and more common we started to support our clients that had their own systems.

In 1995 Wairarapa Computer Services purchased our local competitor, ComputerLand and inherited the ComputerLand franchise (frankly, it wasn’t a great inheritance). After a brief stint with ComputerLand we quickly learned that it wasn’t for us. Most of the large corporates that ComputerLand’s business was based on were not in Masterton. In 1999 the ComputerLand name was dropped, and the horror ended! Simon Griffiths purchased the business and it was renamed to Technology Solutions. In 2005 we shifted from the original premises at Kuripuni, which is now Pak n Save, to Hessey House at 21 Worksop Road, we knew we had outgrown that location when everything became an omnishamble, and in November 2011 we moved to our current custom built location at 22 Victoria Street.

As we have changed we have continued to focus on providing back-up support and expertise for our clients. We are now the largest (and also the best) company of our type in the Wairarapa and employ twenty staff. We have skills in a wide range of computer services, from network installation to web development to security cameras.

Little known fact, Coumarone is a colourless liquid used to make coal tar. Here’s why. Can you find ours?